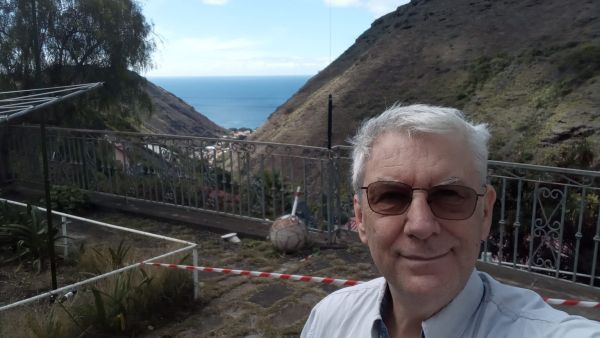 Gerry, G3WIP/ZD7GB is a GP doctor who is currently on an assignment at St. Helena Is. (until September 6th).

Beside HF gear, he has equipment to operate via QO-100. Unfortunately his current QTH does not have line of sight to the satellite so his only option is to work portable.

He plans to start the activity via QO-100 this weekend. The grid is IH74.

UPDATE 11th July 1800z - Despite several attempts over the weekend, Gerry was not able to receive QO-100. He is now troubleshooting the problem and will fix it as soon as possible. So, until further notice, he is QRT on QO-100.